What is AC voltage and its full form?

The principle of Production of Alternating Voltage is based on Electromagnetic Induction. According to Electromagnetic induction if there is a relative motion between a magnetic field and conductor then an EMF is induced in the conductor. When a load is connected across the Conductor, a current starts to flow in the load. Thus induced EMF depends on strength of the magnetic field and the number of conductors. 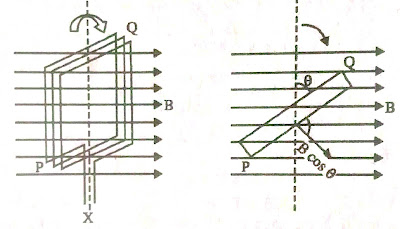 Let A resistor of R Ω is connected between the terminal of the AC generator. Le the Voltage across the resistor is given as e = E0Sin(ωt) ----------(1)
Let I is Alternating Current flowing through the circuit. then I is given as 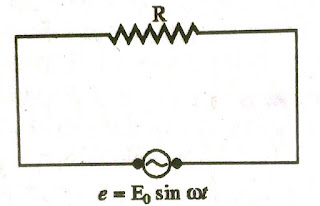 I = V/R
I = E0Sin(ωt) /R
I =(E0/R)Sin(ωt)
if we put = E0/R = I0
I0 is maximum  current
I = I0Sin(ωt) -------(2)
from equations (1) and (2) it is clear that the waveform of Alternating Voltage and Alternating Current are identical. When Alternating voltage is applied across a resistive load then there is no phase difference between Voltage and current.
Electrical Machine